Is the Ibanez decision a landmark case? 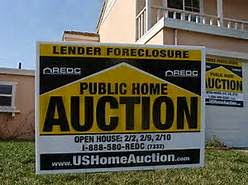 The Massachusetts Supreme Judicial Court recently issued a decision in the case of U.S. BANK NATIONAL ASSO. v. IBANEZ, (Mass. 172011) (Jan 7, 2011) in which the court held that two foreclosures in Massachusetts were void. Some commentators have treated this decision as a landmark decision in real estate that will shake up the mortgage industry. I think that this case is a reaffirmation of traditional concepts in real estate law. It may help some homeowners understand their rights, Some people who have lost their homes to foreclosure may even get their homes back. It should cause mortgage companies to be more careful in their attention to the paperwork and detail of mortgages and foreclosure.
Massachusetts law of mortgages and foreclosure was created in a day before computers when banks treated mortgages one at a time. Usually, banks loaned money and held the mortgage until it was paid off. Today, banks loan money for mortgages and sell them to other investors before the ink dries on the promissory note. Mortgages are bundled together and sold to investors in large groupings of mortgages. Paperwork has changed from selling a single transaction to selling thousands of loans at a time by transferring them to a trust or other entity. This process, called securitization, may have to change in light of the Ibanez decision.
In Ibanez, two properties were foreclosed upon and then the banks that bought the properties brought actions in land court to declare that they held good title to the properties. To the suprise of the banks, the court held that they did not have good title. The foreclosures were void.
Massachusetts has always held that any legal action that causes a forfeiture must strictly comply with the procedures required. Failure to comply with the formalities will result in failure to cause the forfeiture. This applies to foreclosures, evictions, or any other action that the law considers a forfeiture. The Ibanez decision was based on this concept that the mortgage companies failed to strictly comply with the formalities of foreclosures.
In Ibanez, the mortgages were sold many times before the foreclosure. The documentation of the transfers or assignments was not properly filled out until after the foreclosure process was started. Since a foreclosure can only be conducted by the party who holds the mortgage, the failure to properly assign the mortgage makes any subsequent foreclosure void. This doesn’t mean that assignments must be recorded at the registry to be valid. It does mean that the banking industry must take care to check the paperwork before foreclosing.
What does this case mean for future foreclosures? Actually, it makes very little difference. Banks and bank attorneys will have to do more work to prepare for foreclosures. If the paperwork isn’t correct, they need to correct it before a foreclosure is conducted. This may slow down the process a little. It should not be a significant difference. Homeowners may consult hire attorneys about stopping or reversing foreclosures. Since most people face foreclosure because they can’t make the payments, this won’t change the result. This case doesn’t put money in the pockets of homeowners. It merely forces banks to pay more attention to detail. A homeowner can hire a lawyer to fight a foreclosure but if the homeowner can’t find the money to bring the mortgage current, foreclosure will still occur. Eventually, the bank will own the property.
The Ibanez case is important but it is not earth shattering. Massachusetts law didn’t change. Instead, mortgage companies will change their practices a little.
at January 26, 2011 1 comment: Links to this post

Email ThisBlogThis!Share to TwitterShare to FacebookShare to Pinterest
Labels: Foreclosure

What does it take for a party to get 90% of the assets in a divorce?

Property division in a divorce is controlled by G.L. c. 208, §34 which lists the factors for a judge to consider when making a decision about property division. Usually, the judge makes a division somewhere between a 50-50 split and a 60-40 split. Sometimes, the judge may make a more lopsided division of 65-35 or even 70-30. It is almost unheard of for a judge to divide the assets by an 80-20 split. In the recent case of Wolcott v. Wolcott, 78 Mass.App.Ct. 539 (2011), the court did the unthinkable and awarded the husband 90% of the assets. This lopsided division was based on highly unusual circumstances.
In this case, the wife tried to hire someone to kill the husband and may even have tried to kill him herself. She was convicted of attempting to hire a hitman and served three months in jail. The appeals court found that "conviction of a spouse of the crime of soliciting the murder of the other spouse" was "exceptional" conduct that shocked the conscience of the court and would "have an impact on the ‘conduct’ factor under [§ 34] irrespective of ‘economic impact.’" However, the attempt to murder the spouse alone, would not have justified such a lopsided result. In addition to the wrongful conduct, the court looked at the economic effect from the wrongful conduct. The court found that the wife’s conduct forced the husband to "take on total responsibility for the children’s care"; "makes [the husband] totally responsible for maintaining the parties’ home"; and will "always" adversely affect the husband as it "diminishes his ability to be totally focused on life and work issues." The wrongful conduct and the economic consequences justified an award to the husband of 90% of the marital assets.
The lesson learned from this case is that it is cheaper to divorce a spouse than to try to kill the spouse. As always, compliance with the law is better than violation of the law.
at January 15, 2011 No comments: Links to this post

How does the father protect his parental rights when he is not married to the mother? Men are suppose to have equal rights with women in Massachusetts. However, a recent case explains that when it comes to children from parents who are not married to each other, men don’t have equal rights unless they take certain steps to protect those rights. Ideally, men and women have equal rights under the law. However, science does not afford the same level of equality. When a child is born, there is no question of the identity of the mother of the child. Therefore, the law recognizes the mother and her parental rights immediately upon birth. Biology does not make identification of the father so easy. A man may be present at birth, have his name on his birth certificate, and support the child. However, these actions are not sufficient to instill the man with parental rights. An alleged father of a nonmarital child may become a legal parent in one of two ways only: through an adjudication by a judge, or by filing a voluntary acknowledgment of paternity executed by both parents. The man’s name on the birth certificate is not sufficient.
The recent case of SMITH v. McDONALD, SJC-10670 (Mass. 12-14-2010) explained that prior to a legal determination of paternity, the child's mother is vested with sole physical and legal custody, and that custody arrangement continues even after paternity is established until modified by a court. So if no court action has been filed, the mother has sole custody of the child even if the parties have executed a voluntary acknowledgement of paternity.
A man who wants to protect his parental rights must have a judge determine that he is the father and grant him joint legal or joint legal and physical custody. Even if the parties are living together, when a child is born of a non marital relationship, the parties should execute a voluntary acknowledgment of paternity and go to Probate Court and have the court grant joint custody to the father and mother. This will protect the child’s rights as well as the father’s rights.
at January 12, 2011 No comments: Links to this post

Massachusetts has a new homestead law. 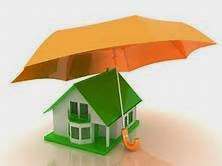 Massachusetts has changed the homestead law effective in March 2011. These changes will benefit every person in Massachusetts that owns a home. A homestead is a statutory exemption protecting a principal residence against the rights of creditors. This means that a homeowner who owes money for a debt has some protection against losing his home to the creditor. The new homestead law provides an automatic homestead in the amount of $125,000.00 and three other types of optional homesteads that provide protection of $500,000.00. I recommend that every homeowner should take advantage of the homestead law and file a declaration of homestead to take advantage of the full $500,000.00 protection.
A homestead does not prevent a creditor from attaching a home. As an example of the way this law works, take the example of Homeowner A who causes an auto accident and gets sued for $1,000.000.00. The damages sought exceed the amount of A’s auto insurance so the victim of the accident obtains an attachment of A’s home. If there was no homestead, the victim could force a sale of A’s home to get the equity in the house. However, with the homestead, the victim could still force a sale of the house but the first $500,000.00 in equity ($125,000.00 if it’s the automatic homestead only) goes to A and not the victim. This means that the victim won’t force a sale of the house unless A has more than $500,000.00 in equity.
There are many improvements in the new law that will benefit homeowners. The new law extends the homestead protection to spouses and other family members. The law also protects against prior debts that are not yet secured by the house. Of course, it doesn’t protect against voluntary liens on the real estate such as mortgages.
I recommend that every person in Massachusetts who lives in a house that they own declare a homestead.
at January 03, 2011 No comments: Links to this post