My spouse married me to get a green card. Can I get an annulment? 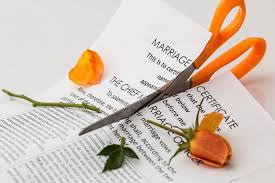 Massachusetts has no fault divorce which means that there is no defense to a divorce action. If one party says that want a divorce then that proves that the marriage is irretrievably broken down. That is not the case in an annulment. There is no such thing as a no-fault annulment. Every annulment must be based on specific grounds. The other spouse can contest the grounds and a judge has discretion and may find that the facts don't prove that an annulment should be granted. The result is that parties can go through a trial for an annulment and still be married after the trial. This would never happen in a divorce.

One of the reasons for obtaining an annulment is fraud. In Massachusetts, not all fraud arises to the level of obtaining an annulment. The fraud must go the “essence of the marriage.” This means that the fraud must be of such that it addresses one of the essential reasons people get married. These reasons include a desire to cohabit, have sexual intercourse, and to have children. Other reasons could go to the essence of the marriage but don't have to.

Usually, if a person gets married to obtain a green card there is no discussion about green cards. As such, there is no false representation constituting fraud. Failure to disclose something is considered a fraudulent concealment. Fraudulent concealment is not a basis for an annulment unless the concealment goes to the essence of the marriage. Failing to disclose an intent to not cohabit is sufficient for an annulment. Failing to mention that the marriage is to obtain a green card does not. In Massachusetts, failure to disclose an intent to get married to get a green card, without other facts, is not sufficient to get an annulment. However, intention to get the green card with other facts may be sufficient for an annulment.  If the parties get married, live together, have sexual intercourse and after a short period separate then it may be very difficult to show that the immigrant spouse did not intend to participate in a marriage when they went through the wedding ceremony.

If you got married and want out of the marriage because your spouse wanted to get a green card you should get a divorce and not an annulment. If you want to consider an annulment you should consult an experienced family law attorney who can advise you of your rights.

Has your spouse run away? 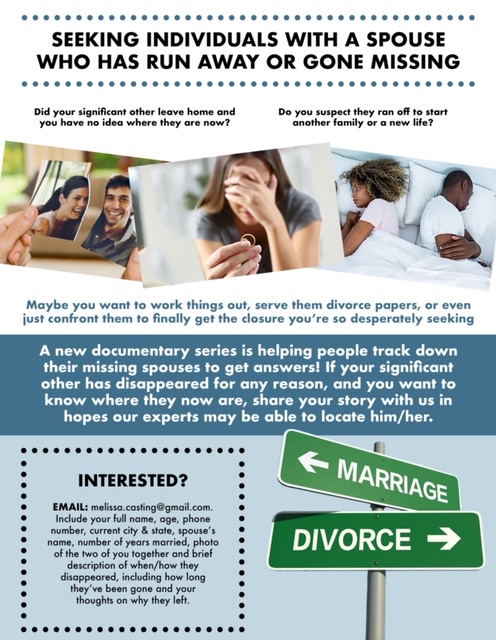 An entertainment company is creating a documentary TV series for a cable network about individuals with a significant other (a spouse OR a long-term boyfriend/ girlfriend) who has run away and is no longer in touch (ie: "disappeared" or "gone missing"). The company is looking for people who suffered a victimization of this nature. The show seems to be based on selecting individuals an then using experts from the TV series, including private investigators, to locate the missing spouse or partner. Anyone in this situation who is interested in having their story in the show can contact melissa.casting@gmail.com
Include: Full name, age, phone#, current city& state, spouse's name, number of years married, photo of the two of you together and brief description of when/ how they disappeared.

Of course, people can get divorced even if their spouse has disappeared. The law would not sentence someone to perpetual marriage merely because the spouse chose to disappear. Service of legal process can be accomplished by other methods such as by publication, relatives, or even social media. While a person can get divorced with a missing spouse it doesn't mean that they can recover assets, alimony, or child support. The missing person may have to be located before money can be collected. Experienced family law attorneys know how to locate missing people. While no attorney will have success in all missing person cases, they will be able to find some people. They will also know what legal action to take after a person is located.