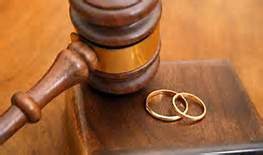 It is rare when the United States Supreme Court hears a child support case. However, there is a case before the Supreme Court now involving such an issue. In the case of Turner v. Price, Docket No. 10-10, Turner was incarcerated for one year for non-payment of child support. The South Carolina Court that heard the trial did not make a finding that Turner was indigent and did not appoint an attorney to represent him before sentencing him to jail. If Turner was sentenced in a criminal case, he would have had a court appointed attorney. However, in a civil contempt case, under South Carolina law, he didn’t qualify for a court appointed lawyer.
It doesn’t make any difference to a person if they are jailed in a civil case or a criminal case. Jail is jail either way. Violation of a court order may result in a case for civil or criminal contempt. The court has the power to jail people for violation of court orders. Some people violate court orders and fail to pay child support because they can’t afford to pay the money. Others violate court orders and fail to pay child support because they choose to not pay the money. Clearly some people need the threat of a jail sentence or even time in jail as an incentive to pay child support. Frequently, the determination of imposing jail time is not known until the end of the hearing.
The case of Turner v. Price raises the issue of the constitutionality of imposing a jail sentence without the benefit of an attorney to defend the person before jail is imposed. Just as in criminal cases, the result of the civil contempt may be different if a lawyer is involved. This is an important issue as nobody should go to jail without due process and an opportunity to present a defense. These are not rights guaranteed in criminal cases. These are rights guaranteed to Americans under the United States Constitution. On the other hand, the state must pay for court appointed attorneys. If the defendant can’t afford an attorney and the state must provide one then the state must also pay for the attorney. As the states are cutting budgets and court systems are experiencing large cuts in their budgets, it is difficult to argue that they should allocate money to pay attorneys to represent parents who won’t pay child support. I suspect that any ruling on this case will extend to all civil contempts including contempts for non-payment of alimony and any other violation of a court order.
This case bears watching but we may be disappointed in the result. The court ordered the parties to brief the issue of incarceration for civil contempt without a lawyer and another issue. They also ordered the parties to brief the issue of whether the Supreme Court has jurisdiction to hear this case. If the court finds no jurisdiction, they won’t may any orders on the other issue. The briefs in this case are due to be filed in January and February, 2011.
at November 28, 2010 1 comment:

There are advertisements for legal services such as do-it-yourself kits for divorce, wills, powers of attorney, bankruptcy, etc. These kits are usually sold by non-lawyers. People should not use these kits or services of this nature. Decisions in legal matters of this nature have long lasting consequences. Failure to include all issues or failing to address an issue properly is likely to have unfortunate and expensive results. A divorce agreement should be custom designed for each couple and tailored for the state of the divorce. Kits of this nature may be general kits that accommodate most states but not all and accommodate some couples but not all. People should avoid kits and advice from non-lawyers.  Before finalizing an agreement from a do-it-yourself kit, you should consult an experienced divorce attorney.
at November 21, 2010 No comments:

A recent case in Massachusetts addressed an issue that is frequently raised by parents who don’t want to pay child support and gave the same answer as always. In the case of ADOPTION OF MARIANO, 933 N.E.2d 677 (Mass.App.Ct. 2010) the father of a child wanted to relinquish parental rights so that he wouldn’t pay child support. Whenever this issue was raised in the past the court always refused to terminate parental rights. That is because the focus is the child and not the parent. Every child deserves two parents and every child deserves child support. As a result, the courts have always refused to terminate parental rights unless another adult sought to adopt the child.
In the case of ADOPTION OF MARIANO, 933 N.E.2d 677 (Mass.App.Ct. 2010) the mother sought a single parent adoption by which the father would relinquish all rights and duties towards the child and the mother would become a single parent. This is just another attempt to terminate parental rights of the father but with a twist. In this case, the court reached the same result and denied the single parent adoption. Parents may not bargain away their children’s rights to support from either parent.
at November 20, 2010 No comments:

Guardianships and children living with relatives. 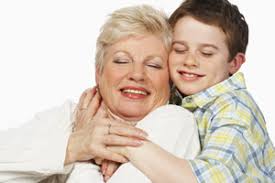 Currently, there are many families that don’t follow the traditional pattern of two parents with children. Frequently, children are living with friends and relatives instead of their parents. When this happens, the parties should go to court and get a guardianship so that the custodial adults will have all the rights to act for the children as parents can. Although guardianships sound like a permanent loss of parental rights, this is not correct. Guardianships, like all orders and judgments relating to children, can be changed if the circumstances change. The natural parent wanting the child to return to the parents home may be sufficient to terminate the guardianship. A guardianship has many advantages including education, insurance, and medical care.
The child can go to school from the home of the custodian. Towns spend money for every student in the school system. They frequently oppose enrolling students who live with relatives unless there is a guardianship.
The custodial parent can enroll the child in their family health insurance policy with a guardianship. This can be an important issue as even routine medical visits incur large bills without insurance.
With a guardianship, the custodial adult can give permission for medical treatment and activities. Other than emergencies, doctors shouldn’t treat children without parental consent. Schools won’t let children go on field trip or play sports without parental consent. Other organized activities won’t allow participation without permission. While the natural parent may be available to grant permission, a guardianship gives the custodian, the ability to deal with all of these issues.
If you have questions about children living with relatives consult an experience Massachusetts Family Law Attorney.
at November 06, 2010 1 comment:

Email ThisBlogThis!Share to TwitterShare to FacebookShare to Pinterest
Labels: guardianship