How much notice do you need to "know" about a restraining order?

Email ThisBlogThis!Share to TwitterShare to FacebookShare to Pinterest
Labels: Abuse

Can a parent move with children to another part of Massachusetts?

If a party seeks permission from a judge to move to another part of Massachusetts, a Judge will consider the request under the same standards that apply to removal out of Massachusetts. The Court can prevent the move "where the relocation would evidently involve significant disruption of the noncustodial parent's visitation rights and the parents cannot agree." The Judge will balance the negative effects on visitation against the benefits to the children for the move. Of course, the Judge can only make such rulings if the parent seeks permission before the move or the other parent brings an action to prevent a move. In the absence of a court order, there is nothing to prevent a parent from moving within Massachusetts.
at September 19, 2010 No comments:

Upon remarriage, do you still have to cover the ex-spouse on health insurance? 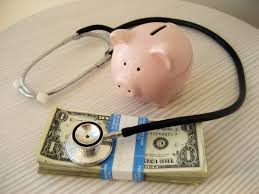 The obligation to provide health insurance to an ex-spouse is spelled out in the divorce decree. If the decree incorporates a separation agreement, the separation agreement will describe the obligation. The problem is that a family plan which will cover an ex-spouse after a divorce, won’t continue to cover the ex-spouse after remarriage. Massachusetts treats an ex-spouse as a current spouse for health insurance purposes but this terminates upon remarriage as the new spouse is now covered under the family plan. At this time, you won't be able to cover your ex-spouse on your health insurance as you can only have one spouse covered. If you are required to provide health insurance and you can’t cover under a family plan you may have to purchase a separate policy for your ex. It all depends on the wording of your divorce judgment.
at September 12, 2010 No comments: 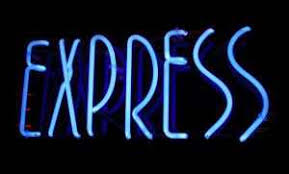 Every now and then I find an advertisement for a $99.00 divorce. Sometimes it’s an ad for a twenty-four hour divorce. While these sound great, they won’t get you divorced. These ads offer divorces in foreign countries like Caribbean islands. They will get you a divorce certificate but the divorce won’t be recognized in Massachusetts. Massachusetts will recognize divorces from other states because the US Constitution requires that each state give full faith and credit to the court decisions of the other states. There is no requirement for foreign countries. Taking a week vacation in the Caribbean and coming back with a divorce decree will get you a tan but not much else.
at September 06, 2010 No comments: 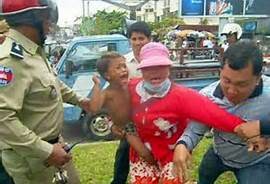 In the recent Supreme Court case of Abbott v. Abbott, 130 S.Ct. 1983 (2010), the Court ordered a child returned to Chile. In this case, the mother had custody under proceedings in Chile and removed the child to the United States in violation of Chilean law. While the case is steeped in the language of international child custody disputes (Hague Convention, right of ne exeat, etc.) the decision prevents forum shopping in international custody disputes. Forum shopping is the idea that a litigant can control the orders of a court by moving from one country (forum) to another. For over thirty years, the United States has had laws that prevent moving from state to state for forum shopping (Parental Kidnaping Prevention Act and Uniform Child Custody Jurisdiction Act). This decision reinforces the concept that the United States will return children to foreign countries if they are removed in violation of the law of the foreign country.


In the Abbott case, the mother argued that since she had custody, she could remove the child without permission of the father of the child or a court. Even though the father did not have custody, under Chilean law, he had the right to prevent the child from being removed from Chile. This right to prevent removal, called ne exeat, was sufficient to cause the Supreme Court to return the child to Chile.

This decision should prevent future attempts to remove children and bring them to the United States. The predictability of a return of the child should prevent removal from occurring.
at September 04, 2010 No comments: