Massachusetts has revised the ChildSupport Guidelines with the new guidelines scheduled to take effect on August 1, 2013. The guidelines adjust the formula for child support and fills in some gaps.  A summary of some of the changes follows:

As a general matter, the new Guidelines lower the amount of money paid in support for one child and increase the amount for more than one child. It is impossible to state that for all people the result will be the same because the formula is based on many factors including the income of both parents. However, it appears that some payers will pay 10% to 15% less if there is only one child. As the number of children increases, the amount to be paid will increase as the Guidelines increase the amount paid with more children.

The Guidelines eliminate from the definition of income now excludes certain government benefit programs such as Social Security Income and SNAP (welfare) benefits.

The Guidelines give Judges discretion to consider income from secondary jobs and overtime. This will require Judges to either incorporate the income from these sources in the Guideline calculations or explain why the money is excluded. I expect that in most cases, the income will be included.

Probate Court has a web site which provides the new Guidelines and forms. http://www.mass.gov/courts/childsupport/index.html. The new forms included a revised worksheet to calculate child support and a form for Judges to use when they decide to enter an order that is not in strict compliance with the Guidelines.

Unauthorized access to email results in verdict of $325K.

In the past, I have blogged about unauthorized access to social media and email accounts in the context of divorce. http://massfamilylawblog.blogspot.com/2012/12/can-you-spy-on-your-spouse-with.html and http://massfamilylawblog.blogspot.com/2012/10/spying-on-spouse.html. The danger of such spying is shown by a recent case of unauthorized access which resulted in a verdict of damages of $325,000.00.

In the case of Cheng v. Romo, (Civil Action No. 11–10007–DJC. U.S. Dist.Ct. MA) a civil lawsuit was filed under the federal Stored Communications Act 18 U.S.C. § 2701, et
seq. and the Massachusetts Privacy Act Mass. Gen. L. c. 214, § 1B. Cheng and Romo were doctors who worked together. Their employer did not provide email addresses so they used their private emails for work purposes. Cheng gave Romo his email password so she could access some documents that Cheng had received relating to their work. Romo used the password on several occasions at the time that Cheng gave her the password. For over four years, Romo did not access Cheng's email. However, when Romo was having problems with the empolyer and was contemplating leaving the company, she again accessed Romo's email account. When she accessed the email at this time, she did it for the purpose of obtaining information to help her in potential litigation and negotiations with the employer. Romo's access of the email was discovered when her lawyer produced emails from Cheng's account. A lawsuit followed for damages for the unauthorized access of the email account.

The facts of this case raised questions about interpretation of the Stored Communications Act. Once authorization is given for an email account, can it be limited? Does it have to be limited by express words? Can it be limited by the context of the grant of permission?

Based on jury verdict, it appears that a use exceeding authorization constitutes an unathorized use under the statute. Furthermore, the context can establish the scope of permission. In this case, permission was granted to access an email account for performing work and obtaining information necessary for performing a job function. When the account was accessed four years later, the purpose was to obtain information to harm the owner of the email account and the employer. This was not a proper purpose.

Unless there is a written document establishing the scope of authorization for another's email account, the scope of any authorization should be limited to access for the benefit of the account holder. Any intentional access to obtain information to the detriment of the account holder should be considered unauthorized. I consider intent as the critical element. If a person, in good faith, uses another's email account and happens across harmful information, that access would still be authorized. It is only when the intent is to cause harm that such access should be considered in violation of the computer access and privacy laws.

Applying the lessons of this case to my previous blog articles, I conclude that spying on a spouse or other by accessing their email violates these laws even if the password was freely given. This is true even if a shared computer is used or a computer that is owned by the person spying. Using the internet to spy on another or harm another can be very risky as this $325,000.00 verdict shows.

Before trying to harm someone by using their email or other accounts, you should consult a lawyer who can advise you on the law as it applies to your specific facts. 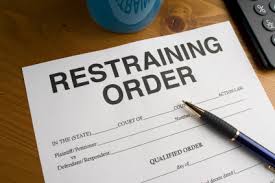 Divorce and Children's Religion in Massachusetts 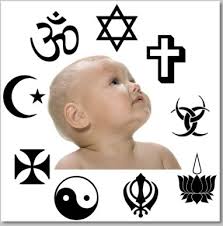 When parents with different religions divorce the choice of religious upbringing of the children can be a major issue. A recent case from the Massachusetts Appeals Court makes agreement on this issue much more difficult.

In the case of Lapat v. Lapat (decided on April 20, 2013), a Jewish husband and a Christian wife settled their divorce by a comprehensive separation agreement. They specifically addressed the religion of the children. They agreed that the children would be raised primarily in the Jewish tradition and prohibited the mother from enrolling the children in any form of Christian education, organizations, or religious instruction. The mother then claimed that this provision violated her constitutional right of Freedom of Religion. The father sought to prohibit the mother from exposing the children to her Christian religious practices and beliefs. Instead of focusing on the language in the agreement that says that the children would be raised primarily in one religion, the Court ruled that the entire clause was unenforceable absent a showing that exposing the children to the mother's religion would cause the children to suffer substantial injury.

The use of the word primarily means that the children should be exposed to both religions. The father having agreed to expose the children to both religions should not be able to limit the exposure after the divorce was final. Instead the Court imposed a standard that seems to prevent the parents from agreeing at the time of a divorce on religious choice for their children. In the decision, the Court rewrote the religious provision of the divorce agreement to require the parents to agree on religious education, events, and practices for each and every choice. This seems to be the worst possible option for the family. Instead of having preset rules that the parties established by agreement, the parties will the opportunity to argue and litigate over every religious choice. While the Court should not give preference to one religion over the other, the Court can enforce a provision where the parents agreed on religious preference. Reducing issues for parents to litigate can only benefit the children in the long run.

It is possible that Courts in the future may treat this case as limited to the unique facts of this case. Until such time as the Courts give further guidance on this issue, I suggest the following:


Parties should draft choice of religion provisions in separation agreements with care. An experienced Massachusetts divorce lawyer should be able to draft provisions with specificity and clarity that may survive appeals.
at June 01, 2013 2 comments: