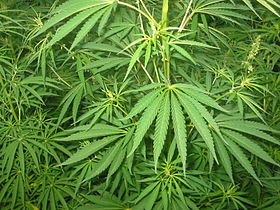 These two changes in statutes have caused other changes in criminal law. The highest court in Massachusetts, the Supreme Judicial Court has issued three recent opinions interpreting marijuana laws. Two of these cases changed the way that the state will interact with people who use marijuana in Massachusetts.

In Commonwealth v. Jackson, the court defined the crime of distribution of marijuana in light of the recent change decriminalizing small amounts of marijuana. In this case, police observed people sharing a marijuana cigarette. The passing of a joint had previously constituted the crime of distribution of a drug. The court ruled that the social sharing of small amounts of the drug was within the scope of the new law and intended to be an offense and not a crime. This ruling is a sensible interpretation of the law. If possession of less than one ounce of pot is no longer a crime, why should the sharing of a joint, without the exchange of money be a crime? The Court found that social sharing of joints is no longer a criminal act.
The third case looked at cultivation of marijuana in light of the new law. In the case of Commonwealth v. Palmer the Court held that the growing or cultivation of marijuana was still a crime even if the amount grown is less than an ounce and grown for personal use. The Court found that the new law does not contain an exception for cultivation.

The law that decriminalized marijuana has changed many legal proceedings in Massachusetts. However, possession is still illegal. In particular, the illegal use of marijuana can still be the basis for loss of custody in a divorce proceeding. An experienced Massachusetts lawyer can help advise on the changes of the new law and what has not changed in Massachusetts.
at May 26, 2013 1 comment:

Now that we are divorced, stay away from my Facebook Friends! 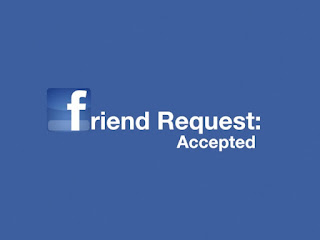 Husbands and wives share many aspects of their lives. It is not unusual for them to share their Facebook friends and other social media contacts. The practice of looking at someone's friends or contacts and trying to convert them into your friends or contacts has earned its own nomenclature. The UrbanDictionary calls this practice “Facejacking” (limited to Facebook), “Spacejacking” (limited to MySpace), “fooching”, "mooching," "friend poaching," "friend reaping," or  "friend swiping".

Facejacking does not create problems when the couple is together. Frequently, one spouse encourages the other to do so. However, once the couple split up and get divorced, attitudes change. While the couple may

remain Facebook friends, it is not acceptable for a former spouse to Facejack the new friends and contacts and reach out to them. The last thing that an ex-husband wants is for his ex-wife to contact his new girlfriend through Facebook. This is especially bad when the girlfriend doesn't expect such a contact. The way to prevent this problem is to anticipate this when drafting the divorce agreement.

A typical divorce agreement has a clause that requires each spouse to respect the privacy of the other. I recommend additional language be added that prohibits Facejacking and the like. An experienced divorce lawyer should be able to draft language that protects both spouses equally from the ex-spouse using Facebook to try to sabotage your new relationship.