My spouse cheated on me, can I sue for damages? 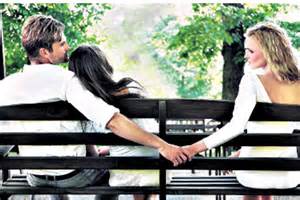 For most people, marriage means that the two spouses will not have sexual relations with any person except their spouse. Unfortunately, sometimes this right of exclusive sexual access is violated. When this occurs, there is a desire on the part of the innocent spouse to seek revenge against the third party who had sex with their spouse. Massachusetts law used to allow lawsuits for the harm to the marriage caused by the third party. The Common Law which was derived from old English law allowed lawsuits for “alienation of affection” and “criminal conversation.”

The tort of criminal conversation allowed the wronged spouse to sue the paramour for violation of the right of exclusive sexual access from the marriage. In other words, it was a lawsuit against the third party for sex with their spouse. The tort of alienation of affection was a lawsuit against the paramour for causing their spouse to stop having affections within the marriage. This usually resulted in a divorce as a result of the adultery. It was not uncommon for a lawsuit to allege both alienation of affection and criminal conversation.

Cheating in a marriage can be devastating to the innocent spouse. Some couples manage to save their marriage after an affair. Others separate and end the marriage by divorce. When cheating occurs in a marriage, both spouses should consult an experienced family law attorney to determine their rights and understand divorce. Many people need to understand their rights in a divorce before deciding if they want to save their marriage.

In September, 2011 the Massachusetts enacted into Law the Alimony Reform Act of 2011. This law changed completely the law of alimony in the state. It created presumptive maximum lengths of time for alimony to be received, guidelines to determine the amount of alimony, four categories of alimony and other changes. Attorneys generally advise that there are many areas of this new law that are difficult to interpret without appellate court decisions. We now have the benefit of the first case to interpret the new law. 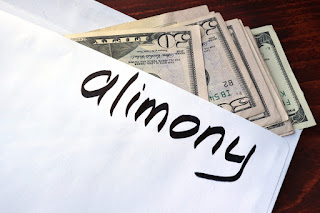 In the Holmes case, the wife had received temporary alimony for over two years during the pendency of the divorce. Since the couple had been married for under twenty years, the court set a termination date for alimony payments. This date did not take into account the money paid as temporary alimony during the divorce. The court did state that if the recipient of alimony had delayed the divorce then the court should consider a portion of the pre-judgment period towards the presumptive maximum limit. However, the two years of temporary alimony in the Holmes case did not seem so long that the Judge should consider a different outcome.

The Alimony Reform Act of 2011 changed alimony from a law that favored women to a law that favored men. The recent decision of the Supreme Judicial Court is a small step swinging the law back towards women. Alimony in Massachusetts remains a complicated subject. Anybody getting divorced in Massachusetts with questions about alimony should consult an experienced divorce attorney to understand their rights.
at April 06, 2014 No comments: