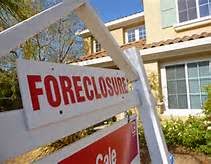 In the recent case of Bank of New York v. Bailey, 460 Mass. 327, (SJC-10801, August 4, 2011) the court ruled that a tenant has the right to challenge the title of a owner who obtained their title to the property from a foreclosure.


While this is considered by some as a landmark ruling, it shouldn't be a surprise to lawyers who are familiar with landlord tenant law. In order to evict a tenant, the plaintiff must claim that they have a superior title to the tenant. In order to have a superior title, the plaintiff must have a valid ownership interest. In the Bailey case, the plaintiff claimed that a foreclosure deed, on its face, established their superior title and that the tenant couldn't contest this. If a deed by itself is sufficient to establish title, what stops a person from forging a deed and then trying to extort money from a tenant by starting an eviction case? I believe that it is unconstitutional to evict a person without allowing them the opportunity to challenge a forged deed. Yet the Bank of New York argued that their foreclosure deed was above challenge. The court decision does not go into great detail on BNY's arguments. However, it it possible that BNY argued that tenants generally can't contest the landlord's claim of title. This is correct but with different facts. If a person, claiming to own the property, gives a tenant keys and allows them to enter the property, the tenant can't claim that person is not the owner of the property. This doctrine of title by estoppel is based on the concept that a tenant who takes advantage of a claim of title by taking possession can't then challenge the very same claim of title. In the Bailey case, the tenant did not take possession of the property from BNY. They took title from someone else and BNY claimed that they took the title away by a foreclosure. There is no estoppel in this situation. The argument by BNY ignores another concept in eviction law. A summary process action (eviction) is an action to take away a property interest. This is called a forfeiture action. Forfeiture actions are abhorred by the law and require strict compliance with all formalities. This strict compliance with all formalities is also present in foreclosure actions for the same reason. The only way a court can discover if a foreclosure strictly complied with all formalities is by holding a trial.

The decision of the Supreme Judicial Court complied with existing law.
at August 17, 2011 1 comment: