Can a dead man's sperm be extracted for directed conception in Massachusetts? 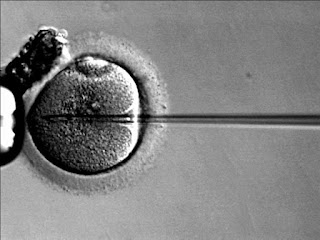 Two recent news stories related stories of extracting sperm after a man died for purposes of conceiving a child. In a story from California, a man died in a traffic accident and his widow had his sperm extracted and then, through in vitro fertilization, conceived and gave birth to a child. In a case from New York, Matter of Zhu, a man died in a skiing accident. His parents went to court for permission to extract his sperm. The Court ordered the sperm to be extracted and given to the parents to make all decisions about conceiving a child.

The first post-mortem sperm extraction that resulted in the birth of a child occurred in 1999. Since then legislatures and courts around the world have addressed the issued. In 2002 the Massachusetts Supreme Judicial Court addressed the matter in terms of a post-mortem conceived child having inheritance rights and the status as the child of the deceased.

In certain limited circumstances, a child resulting from posthumous reproduction may enjoy the inheritance rights of "issue" under the Massachusetts intestacy statute. These limited circumstances exist where, as a threshold matter, the surviving parent or the child's other legal representative demonstrates a genetic relationship between the child and the decedent. The survivor or  representative must then establish both that the decedent affirmatively consented to posthumous conception and to the support of any resulting child.

The court did not address the issue whether spouse or a parent has the right to obtain the post-mortem extraction of sperm for the purpose of conception. It is possible that a spouse or a parent may want to create a biological child even if the child is denied the legal status of an heir of the deceased.

Massachusetts has enacted the Uniform Anatomical Gift Act which allows for “transplantation, therapy, research, or education” of parts of a human body after death. The language “transplantation, therapy, research, or education does not, necessarily, include harvesting sperm after death for creating an embryo. Certainly parties can argue over the interpretation of this language and, like other jurisdictions, can go to court to resolve the issue. An argument can be made that the Uniform Anatomical Gift Act does not address extraction of sperm for the purpose of conception.

While it is not clear that the Anatomical Gift Act will control post-mortem sperm extractions, the formalities of that law for establishing a persons permission and intentions for anatomical gifts should be recognized by courts to establish intent for post death conceptions. The protections afforded the deceased by this act should satisfy any judge who hears a case of this nature.

I suggest that when attorneys discuss estate planning with age appropriate males that they discuss posthumous sperm donation. They should ask the client about the following: