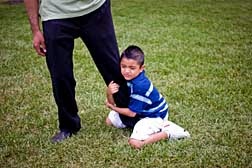 Following the enactment of the new Alimony Reform Law, the Boston Globe has published an editorial calling for child custody reform. Just as the alimony reform has changed the law from pro-female to pro-male, advocates of child custody reform are seeking pro-male changes as well.

The current law for child custody is based on a standard referred to as “The best interests of the child.” This means that a judge will make all custody decisions by considering what is best for the child. A judge has great discretion in making a decision. A court can award primary custody to one parent or shared custody between both parents. Since the custody decision controls the payment of child support, some people fight over custody as a way to fight child support payments. The result is that people who pay child support frequently call for child custody reform.

As a lawyer, I always explain the way that the courts currently approach child custody as trying to preserve the status quo. In most marriages, one spouse is the major wage earner and the other spouse is the primary custodial parent. In our society, with heterosexual couples, the husband is frequently the wage earner and the wife is frequently the custodial parent. If it is good enough for the couple while married, it should be good enough for a Judge. Typically, the custodial decision made by the couple together is the same decision made by a Judge after a contested trial.

A common argument made by the wage earner is that they couple should have shared custody with each parent having the child half of the time. This was the great experiment of the 1980s. The courts generally stopped promoting this as the results were not good for children. Children need consistency in their lives. They seem to do best when they go to school from the same house every day. They do best with the same parent helping them with homework each day. While there are exceptions, most children seem to do best with the traditional custody/visitation schedule. If the parents focus on the best interests of the children, they should want a custody arrangement that is best for the children. If the parents focus on what is best for the wage earning parent, they will look to a different arrangement.

I don't deny that some custody decisions result in bad results for children, I think that overall, the current system works well. I don't think that Massachusetts needs to reform child custody. Perhaps a few tweaks to the system is all that is needed.
at March 26, 2012 1 comment:

What to wear and how to behave in Family Court 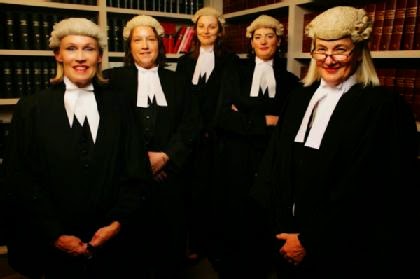 What people wear to court and how they behave in the courthouse can make a difference in how the court treats them.   Whether you are in court with a lawyer or as a pro-se litigant, how the court views your appearance and behaviour can affect your case.  This is true for all types of actions from contested divorce to a non-contested adoption.  You always want to make a good impression on the Judge.

The Judge holds your fate in the palm of the Judge's hand. You should act as if you want to please the judge at every opportunity. I frequently describe the way to dress as the way people dress when going to church. It is a formal setting. No shorts, halter tops, or stained or torn clothing. Clothing that is very fashionable may be too revealing for a court setting. Clothes that are too sexy may offend a Judge.

Don't cry poverty and wear an expensive watch or carry an expensive purse. If you are appearing in court requesting money from your spouse, you don't want to appear as a person who lives beyond their means. Wearing the latest fashions may help your spouse when they claim you are hiding money.

A court room is a place where people come to argue. They argue with their spouse and with the Judge. However, argument can be respectful and still be effective. Don't interrupt people. Let every one finish what they are saying. Don't raise your voice. If you  your voice, you are likely to hurt your case because the Judge may limit your argument just to prevent you from getting more excited. Don't swear or call your opponent names. It is not uncommon for a judge to stop a person in the middle of an argument to admonish them to respect the other party.

You should address the judge as "Your Honor" or by  their name as in Judge [last name].  In some courts it is acceptable to refer to the Judge as "Judge" but in some courts this is considered disrespectful.  Some courts may also consider it to use the term "sir" or "Ma'am."  In other courts these terms are commonly used.  You should observe prior cases or ask a court officer to learn the customs of that court.

Offensive behavior is not limited to words. It includes all behavior in the courthouse. If a problem occurs in the courthouse, a court officer will learn about it and report the incident to the Judge. Remember that a court officer has the power to arrest people who don't behave. A Judge has the power to declare a person in contempt of court for actions done in the building.

While a court is a public building, you should avoid bringing a boy friend or girl friend to court. The presence of this person is likely to be offensive to your spouse and to the Judge.

Avoid drawing attention to yourself in the courthouse. Shut off your cell phone. Don't chew gum, eat food, or read a newspaper while waiting for your case to be called. While the Judge is in the courtroom, you should never talk unless the Judge gives you permission to speak. You don't want the Judge to ask what was so important that you had to speak and disrupt the court's business.

If you have questions about how to prepare and dress for court you should consult an experienced divorce lawyer for advice.
at March 18, 2012 3 comments:

Working with a co-parent.

In the Massachusetts Family and Probate Courts, the focus in divorce and related cases, is always on the best interests of the children.  Children are viewed as incompetents who need protection from the State.  In these cases, the State is represented by the Judge.  Parties who come before the courts need to work to improve the lives of the children.  An article by Donna Ferber, a therapist in Connecticut, discusses a common problem:  dealing with an uncooperative co-parent.  She discusses the problem and makes excellent suggestions on how to interact with the other parent for the best interests of the child.  This article is worth reading.
As a divorce attorney, I measure the success of cases involving children by the actions of the children when they become adults.  If a child is able to lead an independent, productive life with employment and healthy relationships, then the case was a success.  In contrast, if the child has addictions, is unable to work, sabotages relationships, or can't live an independent life, then the case was a failure.  The article by Ms. Ferber will help parents be successful in co-parenting.
at March 03, 2012 1 comment: