Don't give in to peer pressure bullying negotiations

Don't give in to peer pressure bullying negotiations.1 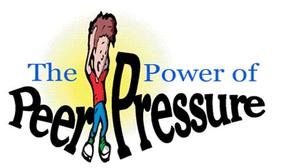 From the time that I started practicing law others have told me do act in a particular way or do things differently using the argument “that's how everybody else does it.” In most instances this advice was accompanied by an explanation based on law, facts, or logic. In many instances I accepted this advice and changed my behavior. If a logical argument exists to do things in a better way then I support the better way. In many instances the advice could be summed up as the difference between how things are taught in school and how they are done in the real world.

In a number of instances other lawyers have presented arguments to do something differently but without any basis in law, fact, or logic. I have always experienced these arguments in the course of trying to negotiate an agreement to resolve litigation. I have never accepted these arguments in the absence of logic. The argument of doing something because everybody else does it is usually a compelling argument. Nobody wants to be different because doing something differently creates a sense of inferiority. However, arguing that a lawyer should do something or include a particular concept in a settlement agreement because “everybody else does it” without logic should be viewed as an act of malpractice. If a lawyer is reluctant to change their position then the last reason they should do so is because all other lawyers do so.

I recently settled a divorce case and the negotiations almost failed because the opposing lawyer wanted to include an anti-bankruptcy clause. When I rejected this the other attorney argued that I should include it because everybody else includes it. I sent the other attorney legal research which indicated that this paragraph would violate bankruptcy law to which the other attorney responded “all other attorneys include it.” She never provided any law or logic to explain why this clause did not violate bankruptcy law. Instead, she repeatedly told me that everybody else does it. She even told me that the Judge will instruct me to include it if we ask the judge. In other words, because she had no basis in law to support her position she resorted to bullying. 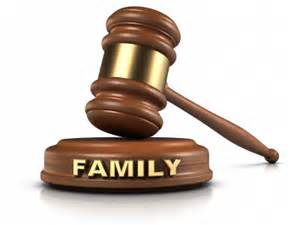 I recently negotiated a separation agreement in a divorce in which the opposing attorney insisted on inserting a clause that on its face prevented the parties from receiving the benefit of bankruptcy laws if one of them filed a bankruptcy petition in federal court. The clause that she tried to insert was as follows:


"Each Party agrees that neither shall attempt in any way to discharge any obligations contained in this Agreement in bankruptcy proceedings, and that in the event that s/he does, any discharge in bankruptcy for any such obligations shall have no effect upon his/her responsibility as contained in the Agreement. The obligations of the Parties set forth in this Agreement shall survive and supersede any subsequent discharge in bankruptcy. The filing Party shall indemnify and hold harmless the non-filing Party from any and all losses suffered as a result of the bankruptcy proceeding, including costs and legal fees."

In my opinion, this clause is illegal in that it violates federal law and is unethical because it misleads the parties and can cause them to litigate frivolous issues in the event of a bankruptcy filing by a party.

Bankruptcy law is established by federal law. While it may incorporate state law and even look to state law for various elements of the overall bankruptcy scheme, on the issue of a party's ability to file bankruptcy and the effect of filing a bankruptcy petition, these are within the exclusive jurisdiction of federal law. State court judges in family court have no ability to take away a party's right to file bankruptcy or to restrict the effect of such a filing. The parties also lack the power to contract away bankruptcy rights. If an individual could contract away bankruptcy rights then every contract would contain an anti-bankruptcy clause.

In some regards, bankruptcy law protects obligations created by Family Court in a divorce. Child support and alimony are domestic support obligations which are protected categories of debt. Property division does not receive protection under bankruptcy law. The proposed clause does not effect child support or alimony as these are already protected would not be effected by a contract clause that caused separation agreements to survive bankruptcy. This clause is aimed solely at property division.

In the case of In re Kroen, the court addressed a similar clause. The court found that the clause violated bankruptcy law and could not be enforced. The court found that this clause violated public policy. There are are long line of federal cases that hold that an agreement to make contracts non-dischargeable in bankruptcy are void as they all offend the public policy of promoting a fresh start for individual debtors.

Since the proposed clause is illegal and void under bankruptcy law, it can never be given any enforcement in either state or federal court. As such, the only possible purpose of the proposed clause is to make the parties think that property division in a divorce is non-dischargeable under bankruptcy law. In other words, the purpose is to mislead the parties into an incorrect understanding of the law. This is a violation of the ethical rules that lawyers follow.

The Rules of Professional Conduct for Lawyers prohibit lawyers from engaging in conduct involving dishonesty, fraud, deceit or misrepresentation or conduct that is prejudicial to the administration of justice. The proposed clause would mislead parties into thinking that they can file litigation in bankruptcy court and prevent the discharge in bankruptcy of property division obligations. Such a misleading action is conduct that involves misrepresentation. Since it encourages frivolous litigation it is also prejudicial to the administration of justice.