What is the legal residence of a child of divorced parents? 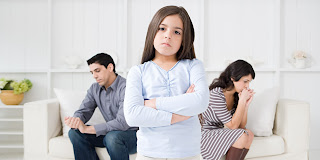 Many people who get divorced live in different towns from their ex-spouse. They will sometimes choose between the two school systems and send their children to the better school. This means that the better school system will have more students and incur more costs. If a child of divorced parents requires additional services due to special needs, the cost can be substantial. As a result, many school systems try to exclude some students under the argument that they don't reside in the town where they attend school.

According to the law, adults are allowed one domicile or legal residence. Domicile is the place where a person intends to permenently reside. There is a long history of case law that sets forth rules to , determine the residency of adults. The law is much simpler as it applies to children: Children have the domicile of their parents. If their parents don't live together then children can have two domiciles. If the parents are divorced and the parents have joint legal custody then children will have two domiciles. This is true even if they never sleep at one parent's home.

In a recent case, the Town of Wayland formulated a rule to determine if children of divorced parents can attend school in Wayland.  Ames v. Town of Wayland, Middlesex Superior Court (No. 14-6717) (August 13, 2014.) The rule was called the “pillow count” rule and required children to sleep in Wayland for at least three out of five nights. When this rule resulted in a child of divorced parents becoming excluded from the Wayland schools, the child's parents appealed. A Superior Court Justice held that the child may attend the Wayland schools despite the fact that he lived in Wayland only three out of fourteen nights.

In Massachusetts, the Department of Education has always ruled that children can attend school in the school system where one of the parents reside and that the decision belongs to the parents and not the school system. In my practice, I have encountered this problem from time to time. I have found that schools generally drop their opposition when faced with the threat of litigation. Unfortunately, I found that parents have to hire attorneys to make the schools follow the law.