Prenuptial Agreements Should Address All Terminating Events For A Marriage 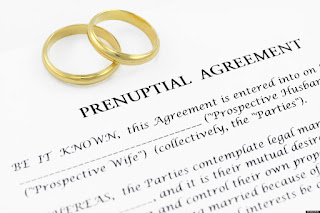 Most people who want Prenuptial Agreements  (also called premarital agreements or prenups) want the agreement for protection in the event of a divorce.   However, a recent case in Massachusetts explained that a well drafted agreement should also address termination by death.

In the case of Stacy v Stacy the husband and wife had a Prenuptial agreement that had the following language:  "a final and complete settlement of all matters relating to the interest and obligations of each [party] with respect to all future property matters, including but not limited to alimony, support, maintenance, property assignment, and the rights of the parties under G. L. c. 208, § 34, as amended, in the event of a divorce."  Apparently the agreement was silent on what was to happen if a spouse died.

The husband died and the personal representative of his estate sued his widow over ownership of personal property.  The Appeals Court held that the language of the agreement did not exclude applicability to other events such as death.  This meant that the personal representative and the widow had to try a case to figure out how to interpret the agreement.  Most people who draft prenuptial agreements do so to avoid litigation.  This agreement failed to do so.

A properly drafted prenuptial agreement should specifically address termination of the marriage by both marriage and death.  If the parties don't want to include events other than divorce then the agreement should state so in clear language.   In the Stacy case they could have included a sentence to the effect of "in the event this marriage terminates by death this agreement shall have no effect and shall not decrease the rights of the surviving spouse."

If you are considering a prenuptial agreement you should consult an experienced family law attorney to draft an agreement that includes provisions for termination by death and by divorce. 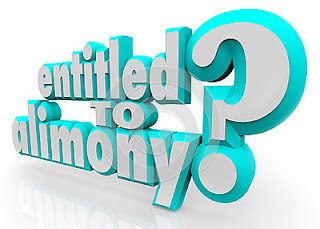 In 2012 Massachusetts divorce law changed by implementation of an Alimony Reform Act. A recent case, George v. George, interpreted and explained a portion of the law known as durational limits.

Under prior law, alimony was awarded for life or until a material change of circumstances occurred. It made no difference if the parties were married for one year or thirty. An award of alimony did not have a termination date. The new law imposed durational limits for divorces less than twenty years in length. The longer the marriage, the longer the period of alimony. The George case addressed the issue of applying the durational limits to alimony awards that occurred prior to 2012.

Earlier cases had held that modification should be denied if the recipient spouse testified that property rights were given up in exchange for alimony. This argument is mostly rejected for marriages less than 20 years in length. The Court said that every person who receives alimony will make this argument. The legislature, by implementing durational limits, indicated a clear intent to impose time limits for prior alimony judgments. If prove of a deal exchanging property for alimony can be made by language in the agreement or other contemporaneous documents then the court can consider extending alimony beyond the durational limits. However, in the absence of such written evidence from the time of the alimony judgment, durational limits will require termination of alimony for previously granted alimony judgments.

Third, the Judge must consider all relevant statutorily specified factors. The court then identified which statutory factors are to be considered: (advanced age, chronic illness, unusual health circumstances; (2) tax considerations; (3) payment of health insurance; (4) required life insurance, (5) sources; (5) amounts of unearned income; (6) significant premarital cohabitation; (7) inability to provide for a party's own support due to abuse by the payor; (8) a party's inability to provide for their own support due to other reasons; and (9) any other factor the Court deems relevant and material.

This decision shows a distinct preference to terminate prior alimony judgments based on the durational limits while allowing a continuation of alimony in limited circumstances. This is a complicated area of law that requires a comprehensive evaluation of all current circumstances of both the payor and receipient of alimony. Individuals should consult an experienced family law attorney before making any decisions about how they could be effected by the change in law. 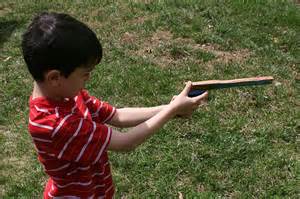 This morning on the news there was a story about an 11 year old who was shot in the face. The shooting was accidental and the gun was legally registered and owned. One child was at another child's home and they found the gun and played with it. The expected result occurred. One child pointed the gun at the other and pulled the trigger.

Asking questions about child safety before sending your child to a neighbor's to play with your child is extremely awkward and potentially offensive. However, the safety of your child should be paramount. Asking safety questions before entrusting your child to the care of another adult should be routine. If you screen potential babysitters before hiring them then you should screen other adults as well.

Gun Safety. Experts indicate that onein three families with children have guns in the house. Not all of these households take appropriate measures to keep children safe from guns. It should be routine practice for parents to ask: “Do you have guns in the house?” If the other parent does have guns, there should be follow up questions. “Do you have a gun safe?” “How do you keep the guns safe?” “Is the gun loaded?” Is the ammunition stored separtely? It is not enough to discuss the topic with other parents. You need to discuss this with your child. You need to impress the child with an understanding that toy guns are different from real guns. Children can't tell the difference so it is better to tell them that they can't play with guns in someone else's home unless an adult gives them the toy guns. Children should be told to assume that a gun is always loaded. They should NEVER point a gun at a person. They should not even pretend to point a gun. Children may not understand death but they do understand getting hurt and having pain. Children should be taught that if someone points a gun at them they could die, be injured, or suffer pain.

Dogs and pets. Most people consider their pet dogs to be friendly and safe to children. However, even friendly dogs can attack strange children who don't know how to interact with dogs. Dogs can be protective of household children. A playful interaction could be misconstrued by a dog as an attack on the child they protect. Sudden moves by a child can cause a skittish dog to bite. Some people believe that particular dog breeds are prone to dangerous behavior. Some dogs may need a supervised introduction to a child before the child is accepted by the dog. Teach your children how to interact with dogs to avoid injury. Dogs do not like hugs and kisses. Dogs should not be approached without permission of the dog's owner. Even if the dog is on a leash, the dog should not be approached. Never take food or toys away from a dog. Don't wake a sleeping dog. There are additional methods that can be taught to children to avoid injuries from dogs.


Taking the time to ask appropriate question to protect your child is not a social issue it is a matter of child safety. Child safety should take priority over concerns of offending other parents. Taking steps to avoid injury is better than a child suffering an injury and then needing the services of an attorney.
at September 01, 2016 1 comment:

The court didn't give me custody of my children. Am I a bad parent? 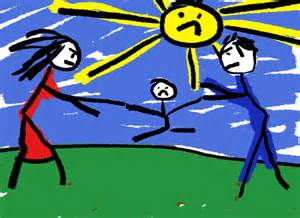 In most custody cases, both parents are good parents who can take care of the children. A judge has to decide custody between two good choices. In most Massachusetts custody battles, custody is not decided on the basis that one parent is bad. The standard applied by judges is known as the best interests of the child standard. In other words, the judge has to decide which custody arrangement is better for the children.

Judges will frequently look at the following questions when considering custody:
There are other facts that a judge may consider.

After a judge considers these factors and others, the judge will then make a decision about custody. Frequently the judge has to choose between two good parents. Not receiving custody does not reflect anything negative about your parenting skills. Custody battles can be very complicated. An experienced divorce lawyer should be consulted before you engage in a custody dispute.

A search of a computer for “communications” includes photographs. 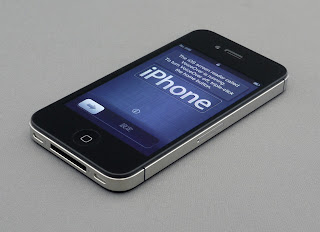 In a recent case in Massachusetts a court ruled that a search warrant issued for a computer (in this case an iPhone) properly included a search for photographs. The search in this case arose out of a shooting on a city street between two men. The police obtained information that the defendant, believed to be one of the two men involved in the shooting, had received threatening telephone calls and texts on his cell phone. As a result, they obtained a search warrant for the cell phone which included “saved and deleted photographs” on the iPhone. The police found incriminating photographs on the cell phone.

Many people think that a search of a cell phone occurs by a police officer manually searching the phone to look for texts, emails, photographs, etc. While this can occur, that is not how the police searched in this case. The police used a Universal Forensic Extraction Device (UFED) to access the device and to extract the information. A UFED bypasses the password lockout feature of the cellphone and allows a targeted search of the device. It can search all areas of the physical phone as well as all cloud based accounts accessed by the telephone. As the search is targeted the police didn't receive a copy of all information on the phone and its services but only such data as the UFED found responsive to the targeted search. A properly targeted search prevents the police from browsing the entire phone and obtaining information outside the scope of the search warrant. A UFED search based on permissions granted by a search warrant should be permitted.

Police routinely search cellphones in arrests on serious crimes. There are many restrictions on the ability of police to search phones. If you have been arrested and the police seized your cellphone or computer you should consult a lawyer to analyze the method, scope, and reasons for the search. Failure to act promptly can result in improperly seized evidence used to obtain a conviction.