On March 1, 2012, alimony reform become law in Massachusetts. The new law completely changed alimony from the one size fits all that was the law to a more flexible approach with formulas and four categories of alimony. While it will take the courts decades to interpret the new law, there are some known consequences.


Under the new law, fewer people will be receiving alimony. No alimony will be awarded if child support is ordered and the combined income of the parties is less than $250,000.00. This is a major change from previous law when alimony and child support were awarded together. Under the new law, most alimony awards will terminate by age 67. The old law did not have a termination date unless the parties agreed to a specific termination. Since the new law allows some people who are paying alimony under the old law to seek to terminate alimony based on the new law, it is expected that many payors of alimony will seek to terminate their payments.

The new alimony law imposes termination dates on most alimony awards. The law permits lifetime alimony for marriages that lasted more than 20 years. All other marriages have a formula for the length of alimony awards.

The new law has language about the amount of alimony to be awarded which is 30 to 35 % of the payor's income. While I think that this language imposes a maximum level of alimony, lawyers are discussing this as a presumptive amount. No matter which interpretation is used, it will serve to decrease litigation over alimony.


In my opinion, this law changes the law from biased in favor of women to a bias in favor of men. It is an improvement over the old law. However, just as the old law allowed men to overpay alimony, this law is likely to cause women to be under paid. I think that the new law will cause more women to live in poverty as they age out of the work force while their ex-husbands live in comfort. It is important that Massachusetts lawyers look to the potential of poverty as they represent their clients in divorces and they apply the new law.
at February 26, 2012 1 comment: 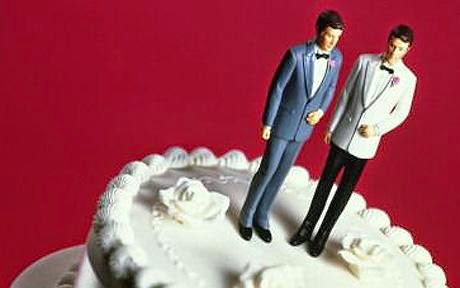 During the last two weeks, the issue of gay marriage has received a lot a attention in the press. This is a result of the Ninth Circuit ruling that California's Proposition 8 was unconstitutional and the Governor of New Jersey vetoing a bill to legalize gay marriage in New Jersey.


I practice law in Massachusetts and this state was the first in the nation to legalize gay marriage in 2004. While I don't have the benefit of statistics, I believe that I can evaluate the impact of this decision.

Nevertheless, there are some people who were affected by this change in the law.  The numerous gay men and women who were able to legally wed and have the same rights and benefits as others  were affected.  They now can inherit from their spouses. They can obtain employment benefits for their spouses. They are treated the same under state tax laws as other married couples. They have the opportunity to be happier as a result of the equality they can experience in this state.

While the rest of the country struggles with the issue, they should look at the impact of gay marriage in Massachusetts. It appears to me that gay marriage has benefited society and had no negative impact at all.
at February 19, 2012 No comments:

When can a residential landlord charge for utilities?

Many landlords charge tenants for utilities or have them pay the utility companies directly. The penalties for improperly charging utilities to a tenant can be severe. A residential landlord can charge for utilities under certain conditions as follows:
Landlords should consult a lawyer to make sure that they are not violating the law.
at February 04, 2012 2 comments: