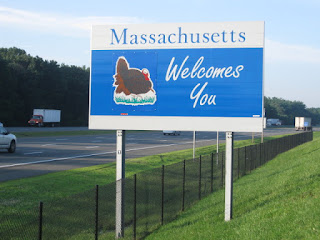 Same gender couples who were lawfully married in Massachusetts and have since moved to other states may find that they can't get divorced in the state where they reside. Their state of residence may define marriage as consisting of one man and one woman. As a result, this definition of marriage means that the state of residence may not recognize the same gender marriage. If the marriage is not recognized, then the couple can't get divorced. It is only natural to ask if the couple can return to Massachusetts for one day, appear in court, and get divorced. Unfortunately, this can't happen.

If a same gender couple finds themselves in a state that won't grant them a divorce, they have four options:
An experienced Massachusetts divorce attorney can explain the residency requirements of Massachusetts. If you find that you live in a state that doesn't recognize same gender marriages and you can't get divorce you may want to contact the ACLU to find an attorney who can discuss litigation as a method to obtain the right to get divorced.

If you watch police shows on tv you have seen episodes where the police go to their computer and pull up a suspect's cell phone's number and then access cell tower information and show the physical location of the suspect. This scenario is somewhat different from real life in that law enforcement needs a court order to obtain this information. However, under theFederal Stored Communications Act (SCA) 28 U.S.C. § 2701, it is very easy for law enforcement to obtain this information. If the police show a reasonable suspicion, then under the SCA, they can obtain a court order to obtain access to cell phone location information (CSLI). As of February 18, 2014, in Massachusetts, police need more than reasonable suspicion. They need probable cause. This is the same standard that police need to obtain a search warrant to search a person's home.

In the case of Commonwealthv. Augustine, 467 Mass. 230 (2014), police, investigating a murder, sought and obtained an order for production of CSLI under the Federal SCA to "possibly include or exclude" the defendant "as a suspect.” The Court ruled that police must obtain a search warrant based on probable cause to obtain CSLI.

CSLI data is collected and maintained by cell phone companies in their ordinary course of conducting business. As a third party, the police may request the company to produce the information and, if they comply, would not violate any defendant's rights. However, companies don't have to produce this information as the SCA provides that companies can require court orders before producing this information. When police seek a court order, then the government is compelling the company to provide this information. Under these circumstances, the government is intruding into the private lives and expectations of people and need a warrant based on probable cause.

The Massachusetts court recognized that cell phones have become "an indispensable part of modern [American] life. It is also clear that cell phones act as GPS devices and track the movements of the user of the phone as they travel. The court wrote that “there is no question that it tracks the location of a cellular telephone user.” Americans should not have to worry about the government, as Big Brother, tracking their every movement. As such, at least in Massachusetts, police need a search warrant if they want to use cell phone data to track the movements of a suspect.

Any person who is arrested for a crime and it appears that the police used CSLI to gather evidence should hire an experienced criminaldefense lawyer to defend them.