Should a Stay-At-Home parent have a post-nuptial agreement? 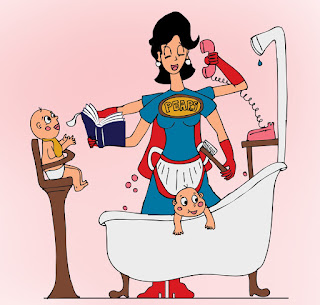 A person who chooses to stay at home to raise children usually makes this decision after consultation with their spouse. The decision is made in furtherance of the partnership called a marriage. The stay-at-home parent assumes that the marriage will last until one of the parties dies and that they won't suffer financially as a result of leaving the work force. Unfortunately, many marriages are terminated by divorce and the stay-at-home parent finds themselves unable to maintain their standard of living after divorce.

When a stay-at-home parent returns to the work force after years of child raising they frequently find that they are considered unqualified for their former occupation. They may need to return to school to refresh their skills. When they do find work, they frequently start with entry positions instead of a job comparable to their peers who never left their occupations.

Prior to 2011, divorce judges frequently compensated such stay-at-home parents with alimony awards designed to maintain their standard of living. However, in 2012 Massachusetts enacted an alimony reform law that can result in loss of security for the stay-at-home parent. The alimony reform law contains, among other provisions,1) a limitation preventing the award of alimony if child support is paid and the combined income of the parties is less than $250,000.00; 2) time limits for the period of alimony when alimony is granted; and 3) a termination of alimony at retirement age. Given the changes due to the alimony reform law, it is wise to plan for the potential of a divorce.

A person who is contemplating leaving work to raise children should consult an experienced lawyer about a pre-nuptial or post-nuptial agreement to compensate them for the anticipation of not working as a result of their decision.