When will an annulment be granted? 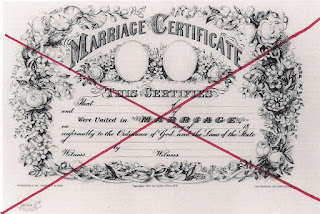 A judicial decree of annulment is a declaration that a marriage never existed. There are a number of reasons why a judge may grant an annulment but this is disfavored by judges who prefer to grant parties a divorce.

A marriage requires two competent people to go through a wedding ceremony performed by a person who is vested with the power to marry people. The formalities of a wedding require the parties to create a contract between and to comply with all state requirements. An annulment can be granted if no valid contract was created at the time of the marriage ceremony or if there was a failure to meet certain state requirements. Not every failure to comply with state procedures will permit an annulment and, in some instances, the conduct of the parties over a period of time could result in ratification of the marriage thereby making the marriage valid. An annulment can be granted if there was a lack of consent to the marriage, or a legal impediment to the marriage.

The grounds of duress means that at the time of the wedding ceremony a party was under duress of a level that they were unable to exercise free will. An example of this is a shotgun wedding. The threat of bodily harm or death for failure to go through the ceremony is sufficient for an annulment.

Mental incapacity can occur when a party is under the age of consent or has a mental disease or defect that interfere's with their ability to form the intent to enter into a contract. However, if a party lacks mental capacity they may be able to get married if a parent or a guardian consents to the marriage. State law varies on the age of consent and procedures for obtaining permission for incompetents to marry. It may be necessary to obtain permission from a judge to make the marriage valid.

An annulment can be granted if there is an impediment to a marriage. This means that one party to the marriage is married to another person and the prior marriage had not terminated at the time of the new wedding ceremony.

Every State prohibits certain people from getting married. The list of people prohibited from getting married is based on close family relationships. Siblings can't get married and parents can't marry their own children. Most states prohibit marrying step-children or parents-in-law. The list varies from state to state.

Annulment is a complicated area of the law and is generally difficult to obtain. In comparison, divorce can be obtained based on no-fault grounds. This means that the parties could go through a protracted trial to determine if an annulment should be granted but at the end still be married. In a no-fault divorce, the parties never contest the issue of whether a divorce should be granted. A judge must grant a no-fault divorce but does not have to grant an annulment.

If you are considering an annulment you should consult a family law attorney who can discuss your options and advise you concerning both annulment and divorce.