Cyber harassment can be very expensive. 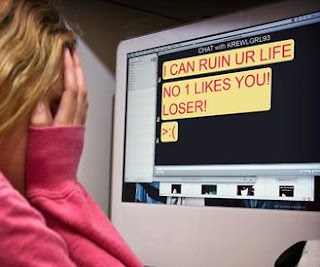 The internet and social media has created new opportunities for people to harass and harm others. One person who used the internet to harass a neighbor found it very expensive as a Massachusetts court has issued a judgment of 4.8 million dollars for cyber harassment and another court found him and his wife guilty of criminal harassment and sentenced them to jail.

Two neighbors, Johnson and Lyons had a real estate dispute about Johnson's plans to build a 4,500 square foot house. Johnson and his wife used the internet to harass Lyons. He placed a false ad on craigslist which falsely stated that he had a deceased son. The craiglist ads were designed to have people respond late at night so that it interfered with the Lyons's sleep. Johnson caused emails and letters to be sent falsely alleging that Lyons had molested his own son and an underage employee. Johnson subscribed Lyons to a number of organizations including organizations for nudists and gays.  Lyons sued Johnson for intentional infliction of emotional distress. After a jury trial, Lyons was awarded $4.8 million dollars in damages. The Johnsons were also prosecuted for criminal charges of harassment. This resulted in convictions for both Johnson and his wife and they were both sentenced to jail terms.

It is safe to assume that not every cyber harassment case will result in multi-million dollar verdicts and jail terms. However, this case shows that existing laws can address criminal behavior that uses new technology. If you are a victim of cyber harassment you should go to the police. You may also find it helpful to consult a Massachusetts attorney to advice you about your rights and how to protect yourself.