When asking for a lawyer be clear in your request. 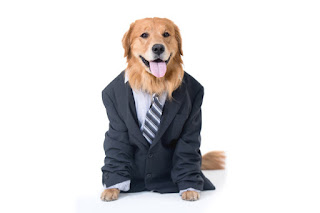 In a case in Louisiana a suspect in a case said the following: “if y’all, this is how I feel, if y’all think I did it, I know that I didn’t do it so why don’t you just give me a lawyer dog cause this is not what’s up.” There seems to be a dispute about the exact verbiage as he later claimed that he said “lawyer, Dawg” and not lawyer dog.

If a person in police custody asks for a lawyer the police are prohibited from asking any questions until a lawyer representing the suspect is present. This right is part of the “Miranda rights” which protect suspects from incriminating due to undue pressure from the police. Upon a request for a lawyer, police must stop all questioning of a suspect. In order to obtain this protection, the request cannot be ambiguios or equivocal. Unless it is a clear request it won't stop the police from questioning the suspect. If the police think a person might be requesting a lawyer instead of thinking that he did request a lawyer then they can question the suspect.

In the Louisiana case the police continued their interrogation and used the suspect's answers to convict him of a crime. At trial and on appeal, his lawyer claimed that he requsted the police get him a lawyer. The courts did not view this as a clear, unequivocable request for a lawyer and allowed his incriminating statements to be used to convict him.


When a person in police custody requests a lawyer they should do so clearly and without conditions. They should not use slang or street language. They should never combine a request for a lawyer with an insult to the police. Anytime someone is questioned by the police they should have a lawyer present.
at November 04, 2017 8 comments: