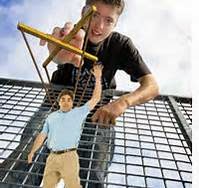 As a general rule, parents, after divorce, don't communicate well with each other. If they could communicate well, they probably wouldn't have gotten divorced. This lack of communication creates a vacuum. Just as nature abhors a vacuum, so do children. Unless the parents act to avoid problems, children will fill the vacuum with manipulations.


A typical manipulation could occur around bed time. While the couple was together, the child's bed time was 8:30 P.M. One night, at Dad's house the child may ask “Why do I have to go to bed at 8:30 when Mom lets me stay up until 9?” Of course, Mom doesn't but Dad doesn't know that. Dad feels that he has to compete with Mom for the child's affections and says that the child can now go to bed at 9:00. The child then tries the same thing with Mom with similar success.


Of course, the answer is parents should communicate with each other and avoid competing for affections. A simple response to a child could be “I'll check with your mother and decide after we talk.” The child, knowing that the lie is about to exposed may simply fall back on “Never mind.” Of course, the best way to handle this is for parents to agree to check with each other on all such matters. 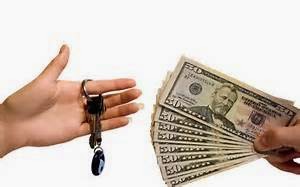 Recently, Judge Young of the U.S. District Court for the District of Massachusetts, wrote an opinion interpreting the Massachusetts Security Deposit law, G.L. c. 186, § 15B. In the case of Hermida v. Archstone, (Civil Action No. 10-12083-WGY) the court addressed an issue under the portion of the law that states that a landlord cannot require a tenant to pay any money at the inception of a tenancy except (i) rent for the first full month of occupancy; (ii) rent for the last full month of occupancy calculated at the same rate as the first month; (iii) a security deposit equal to the first month's rent; and (iv) the purchase and installation cost for a key and lock. The landlord in this case collected an “amenity use fee.” An amenity use fee was for use of a pool, gym, and outdoor grill. The landlord claimed the fee was optional and the tenant claimed that they were never told that the fee was not required. The court found that the landlord violated the statute by imposing this fee.

The court found that the amenity use fee did not fit within any of the categories of fees allowed by this statute. As such, the landlord violated the statute. Although the court opinion did not address damages, the statute does. Violation of the statute mandates treble damages and attorney fees. The award of attorney fees can far exceed the treble damages imposed. A wise landlord will make certain that there is no violation of the statute.
The landlord in this case could have collected this fee and not violate the statute. The landlord could have advertised that as a tenant, the tenant could join the “club” which allowed use of the amenities. The landlord should have made it clear that the club was optional. When the tenant moved into the property, the landlord could have given him an application to join the club and an explanation of the fee. The tenant would then have a choice and, if he choice to join, would have paid the fee after he moved into the property. As long as the fee is collected after the tenant moves in and is optional, it shouldn't be a violation.
I have long argued that many landlords violate this statute in the way they rent apartments. In Boston and other areas, it is very difficult to locate a rental unit unless a person uses a realtor. Realtors typically collect their fee when the tenant rents a unit. Their fee is protected by a listing agreement with the landlord which requires the tenant to pay this fee as a condition of renting the unit. In my opinion, this violates the security deposit fee just as the amenities fee paid by Hermida violated the law. It is not a violation for a tenant to pay a fee to a realtor for the right to look at the realtor's listings. It is only a violation when the landlord requires the tenant to pay the fee. If the landlord has to pay the fee, the landord should amortize the cost of the fee over a twelve month period and raise the rent.
at December 11, 2011 1 comment: