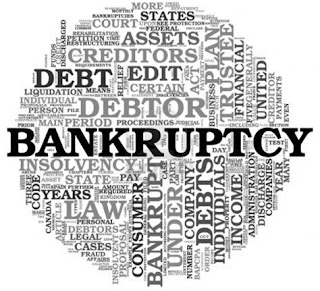 Collecting alimony and child support in some cases is very difficult. So what is a person to do when the payor of alimony files bankruptcy? How do you collect the money? A recent case explains what can be done outside of bankruptcy court.


In the recent case of In re Claudinei Desouza, Bankruptcy Case No. 11-40315-MSH (BAP 1st Circuit 2013) the recipient of alimony payments filed a contempt in family court. The contempt resulted in a finding that the debtor had failed to pay alimony and he was arrested and held in jail until he paid money as ordered by the state court. The Bankruptcy Appeals Court held that the spouse who filed the contempt violated bankruptcy law and was subject to sanctions for her actions. Specifically, the Court found that the spouse could not file a contempt and could not have the debtor arrested.


When a person files bankruptcy and owes alimony there are five things that can be done by the spouse or ex-spouse relating to alimony. Three of these are in state court and two are in bankruptcy court.


Establishing an order for alimony can occur in a divorce proceeding or a modification of divorce action. Filing either of these actions or prosecuting them does not violate the automatic stay of bankruptcy court.


In Massachusetts, requesting Family Court to issue an order to withhold income for the purpose of paying alimony is not a simple matter if you can't file a contempt. Unlike child support, the Department of Revenue won't collect alimony and won't use their administrative powers to withhold income. The normal procedure in which to ask the court to order the collection of alimony is a contempt action. However, a contempt can't be filed without permission of bankruptcy court. An attempt to withhold income can be made in a divorce or modification action. Based on my experience in Massachusetts Courts, the court is unlikely to order such relief without a contempt action.


In most instances, it is best to seek remedies in both state court and bankruptcy court. Bankruptcy court requires that a person who files bankruptcy to file an affidavit that sets forth an obligation to pay alimony and to certify if the payments are current. The recipient of alimony has the right to file an appearance in bankruptcy court that details the same information. The proper form to use is B 281. If there is a difference between the filing by the debtor and the recipient of alimony, then the Trustee in Bankruptcy should take steps to determine the correct amounts. If the bankruptcy estate has assets, then the Trustee should take additional actions to pay the alimony. Form B 281 can be filed by a person or their attorney. Once filed, it gives the person the ability to participate in the bankruptcy proceeding.


When it comes to bankruptcy matters, state court won't provide bankruptcy advice and may take actions that are prohibited by bankruptcy law. This is a complicated area of law. I recommend that if the payor of alimony files bankruptcy that the recipient should consult an experienced divorce lawyer and perhaps also consult with a bankruptcy attorney.