Bullying in a divorce 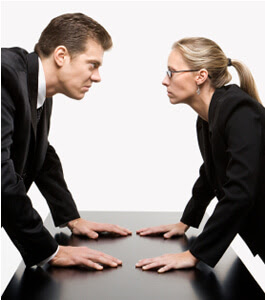 There has been much discussion in Massachusetts lately about bullying in schools. However, bullying is not limited to that arena. Bullying occurs everywhere in society including marriages and divorce. However, in a divorce, bullying can be particularly harmful. Bullying can effect the outcome of a divorce and this can have ramifications for the rest of a person's life. In fact, frequently, bullying is conducted for the sole purpose of effecting the outcome of the divorce.

It is not unusual for one party in a marriage to be overbearing to their spouse. When the parties get divorced, it is typical for the overbearing conduct to get worse. This conduct can vary from merely being rude to being highly destructive to spouse and children. Bullying should be recognized as a form of abuse. It is a course of conduct that is designed to control the spouse and should never be tolerated in a divorce.

Unless this conduct is addressed, you can expect that it will continue and get worse. If there are children, it is possible that this conduct will last for the joint lives of the parties. While they may be getting divorced, they will still have to deal with each other because of the children.

How do you deal with bullying? The first step is to recognize conduct as bullying. Then take the person to an authority that can punish the conduct.

Bullying involves repeated acts attempting to create or enforce a person's power over another and creating an imbalance of power. Bullying consists of three basic types of abuse – emotional, verbal and physical. Wikipedia. Massachusetts defines bullying in schools as: "the repeated use by one or more students of a written, verbal or electronic expression or a physical act or gesture or any combination thereof, directed at a victim that: (i) causes physical or emotional harm to the victim or damage to the victim's property; (ii) places the victim in reasonable fear of harm to himself or of damage to his property; (iii) creates a hostile environment at school for the victim; (iv) infringes on the rights of the victim at school; or (v) materially and substantially disrupts the education process or the orderly operation of a school. For the purposes of this section, bullying shall include cyber-bullying." G.L.c. 71, § 37O. These definitions apply to divorces as well.

Bullying needs to be brought to the attention of the court. Only the court can punish this conduct. If the behavior involves physical conduct or a threat of physical abuse, then a domestic abuse restraining order can be obtained under G.L. c. 209A. Other conduct can be addressed by the court’s powers in a divorce or paternity action. It is not unusual for orders of the court to address this behavior without knowing that bullying is occurring. Usual orders include language that no conduct can occur that denigrates a party and that the parties have to treat each other with respect.

If bullying occurs, get an order to prevent the specific conduct and then bring a contempt to address the wrongful behavior if it continues.  Abuse should never be tolerated.

Perhaps the best way to deal with bullying in a divorce is to hire an experienced family law attorney.   This attorney should act as a barrier between the bully and the victim.  I find a very effective course of conduct is to direct the anger of the abuser to the attorney instead of the spouse.   When the bully blames the lawyer, they usually back off from abusing the spouse.
at December 26, 2010