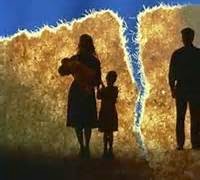 In the recent case of CHARARA v. YATIM, 09-P-1189 (Mass.App.Ct. 11-23-2010) the Court refused to recognize a custody determination from a Lebanese Court. A little background helps understand this case.
Prior to the enactment of the Parental Kidnapping Prevention Act in the late 1970's, custody disputes frequently resulted in battles across state lines. Since child custody judgments are considered subject to change based on a change of circumstances, states traditionally considered child custody cases even if another state had rendered a decision. This resulted in parties grabbing the children, running across state lines, and filing a new action. This was unique in American law as the Constitution requires states to give full faith and credit to final judgments of other states. A custody decision which appeared to be a final statement was not treated that way. Congress passed the Parental Kidnapping Prevention Act and required all states to treat custody decisions of other states as final judgments. The law also created a concept of home state to prevent parties from transporting children across state lines to find a favorable court. The concept of home state requires that child custody disputes be litigated in the state where a child has resided for the six months prior to the filing of the action.
Following the enactment of the Federal Parental Kidnapping Prevention Act, a uniform set of laws was proposed which was known as the Uniform Child Custody Jurisdiction Act. This incorporated the PKPA’s concepts of home state and recognition of other state judgments. Gradually, all states adopted a version of the UCCJA. Massachusetts was among the last states to adopt this. It can be found in the Massachusetts General Laws as chapter 209B. Included in the MCCJA is G.L.c. 209B, § 14 which reads: "To the extent that the legal institutions of other nations have rendered custody determinations in substantial conformity with the provisions of this chapter, the courts of the commonwealth shall grant due recognition to such determinations"
This provision should discourage transporting children from another country to Massachusetts to gain an advantage in a custody dispute. However, as we can tell from this current case, not all international decisions will be recognized by Massachusetts courts.
In Charara v. Yatim, the husband and wife were living in Massachusetts with two minor children. They had both been born in Lebanon and were Shia Muslims but had become US citizens. The children were also US Citizens and had been residing in Massachusetts for more than six months prior to the first filing in Lebanon. In 2004 the couple went to Lebanon to obtain a religious divorce. Approximately one month later, the husband filed a guardianship action in Lebanon. Eventually, a Lebanese Court issued a judgment granting custody to the husband. Consistent with Lebanese law, the decision was issued by a religious court. The wife participated in the Lebanese proceeding. After the Lebanese case concluded, the wife returned to Massachusetts and filed an action to obtain custody of the children.
The Massachusetts court focused on two points in making a decision: 1) home state of the children and 2) substantial conformity with Massachusetts law. As the children had been in Lebanon for only one month prior to the filing of the guardianship action, the Lebanese decision was not entitled to recognition in Massachusetts. In addition, Lebanese child custody law differs from Massachusetts. Under the Shiite religious law, a father who is a fit parent will have custody of male children. Fitness of the mother is not relevant to the court’s determination. Massachusetts law is based on the "best interests of the children." This standard requires a judge to consider the fitness of both parents and does not give an advantage to one gender. There are many factors a Massachusetts judge considers including which parent has acted as the homemaker prior to the breakup of the family. Lebanese law is more limited and does not allow for equal consideration to both mother and father.
The failure of the Lebanese Court to consider both parents equally and to consider the role as homemaker was found by the Massachusetts Court to not be in substantial conformity with Massachusetts law. As a result, the Massachusetts Court refused to recognize the Lebanese decision and made its own determination.
It should have been sufficient that the Lebanese litigation was commenced when the children had been in Lebanon for only one month. However, the Court went on to decide the case on the grounds that the foreign decision was not in substantial conformity with Massachusetts law.
Massachusetts law currently mandates that the court focus on the children and not the parents. This is what the court did in this case. This case should be viewed as a victory for children’s rights.
at December 22, 2010